The 50’s and 60’s was our time,
And if you grew up then too,
Come along to our Retro Festival
And bring some friends with you. 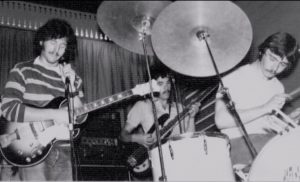 Do you remember dancing to Ponders End?
Or maybe Humble Fred,
My Generation were pretty good too,
And I’m sure there’s more in your head.

Relive those days when you were young,
Dancing at St.Georges Hall,
The Beaulieu and the Channel Hotel,
You would have danced them all.

The Guernsey Retro Festival,
Will revive those heady days,
From 27th to 29th September,
In oh so many ways, 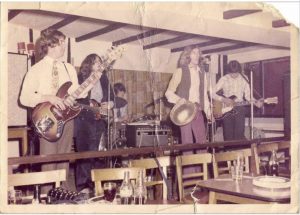 They’ll have bands a plenty playing,
With dancing on the Crown Pier,
Not quite the Beatles at Candie,
But definitely good to hear.

Alongside period rock and roll,
There’ll be classic bikes and cars there too,
Fashion and food and much much more,
There’ll be something there for you! 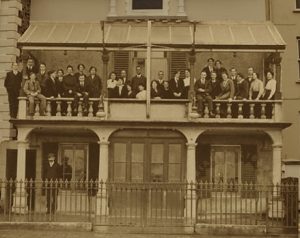 You’ll be sorry if you miss it,
This could be your chance,
To strut your stuff just one more time,
And show you kids that you could dance!

Wow !!! all the Network Rockers will receive training T shirts @networkinsuranceci . Donna and Vanessa are training at the Trelade on a Wednesday 7-8pm and starting Monday 5th August at Les Beaucamps High weekly 8-9pm. So if you want to join the fun and learn some Rock n Roll … get in touch as September is not far away … and check out the video below !!

During the development of the musical genre rock and roll, dances to go with the music were also created. From swing, which came into being around 1920, Lindy Hop emerged, the first partner dance ever to feature acrobatic elements. Lindy Hop was modified around 1940 to suit faster music, creating the style known as boogie woogie.
A 1959 dance book describes “Rock ‘n’ Roll” as “performed without undue tension, the body and legs being flexible, so that there may be a physical rhythmic expression of co-ordination with the beats of music.” “…a dance which leaves much scope for personal expression and interpretation in style, movement, rhythm, and even in the manner in which the figures are constructed.” The basic rhythm is Quick, Quick, Slow, Slow. The Slow steps “will be taken first on to the ball of the foot, the heel then lowering.

Leave a Reply to GuernseyRetro