I’m a pensioner now, and I struggle with names,
I can’t remember last week, and I’m too old for games,
But nostalgia is such a beautiful thing,
That evokes brilliant memories, and makes my heart sing.

I was a Northern boy, a ‘Bridgie’ at heart,
And these are my memories, that set the 50’s and 60’s apart.
We didn’t have much, like the neighbours, we were poor,
But everyone was welcome, when they knocked on your door.

We lived in a house, at the edge of a quarry,
An outside toilet, no fun when in a hurry!
Six families or more, had a share of this house,
A great rambling place, with more than one mouse! 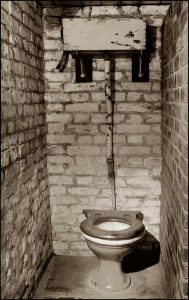 No bathroom, no toilet, no electricity too,
No running hot water, a kettle had to do.
Bath night on Saturday, in front of the fire,
As each kid went in, the water got higher! (ugh!).

In those halcyon days, we all played outside,
In the fields and the woods looking for places to hide.
From morning to evening, together we’d play,
An endless game of football, that went from day to day. 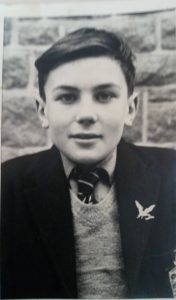 School was a just place where we all had to go,
Where they were going to teach us, what we needed to know.
The Vale School was great, but playtime was best of all,
And one of our goals was the old toilet wall!

We were allowed to have fun, no health and safety then,
We could play on the dolmen, and use it as a den.
Those were the days, I can hear myself say,
No electronic toys, we went out to play! 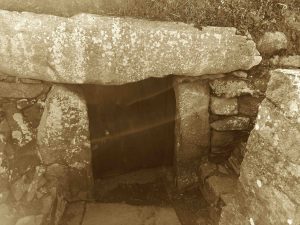 Summer days were long, and spent at the beach,
Mum would make sandwiches, two or three each.
A swim in the sea, spot the occasional boat,
And if we were flush, perhaps a go on a float!

Into the sixties, and off to the Grammar,
It would have been less painful, being hit with a hammer!
A shirt and a tie, blazer and cap too,
Socks had to be grey, not yellow or blue!

But fun was still had, both in school and out,
Although fun usually ended, with getting a clout.
Fishing was now the in thing to do,
Down to Big Bill, get a spider or two.

There was also enjoyment to be had at the tip,
A motorbike or two could be got on one trip.
And these could be stripped and made into one,
Then ridden on the common, which was brilliant fun!

The common was our playground, we had a bunker or two,
We’d often camp through the summer, as young boys do.
We made our own raft, and put out a trot,
We caught the odd conger, but not really a lot. 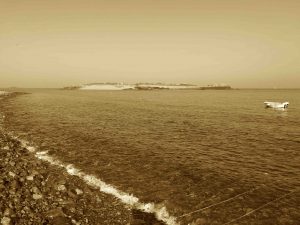 And then came the time when we noticed the girls from afar,
Spotting the minis, the skirts….not the car!
St George’s Hall was the place we would go,
But keep it a secret…the old man don’t know!

Listening to the radio at night was the thing,
Top of the pops, and trying to sing,
Radio Luxembourg was the first one we heard,
Then Radios Caroline and London, were second and third. 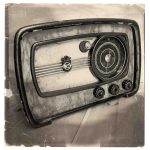 The sixties were swinging, with groups all around,
Humble Fred and Ponders End, with their wonderful sound,
So many places to go to at night,
The Hermitage and Whitewoods, where there was many a fight.

Cars were the thing that now came to the fore,
My go faster mini, the best ever two door.
There were Anglias and Vivas and bigger cars too,
Cortinas were great, my mates went through a few! 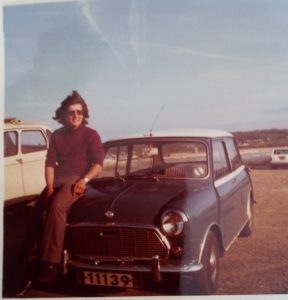 Eventually though, no more wild oats to sow,
The outlandish clothes, and long hair, had to go.
Time to find the love of your life,
Maybe grow up (or not!) and take a wife.

So like everything else, all good things must end,
And the sixties closed before we all went round the bend.
But nobody can take those memories away,
And every so often we can remember ‘back in the day’. 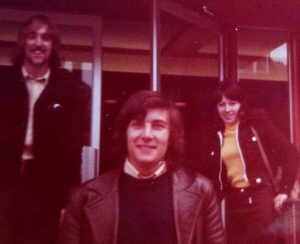 We’re the generation that had the best of the years,
No terrible wars and the shedding of tears,
We’re from the fifties and sixties, don’t let anyone forget,
Cos Baby….you ain’t seen anything yet!

We’re the kids who grew up after the war,
And most of us now, don’t work anymore.
We’re the pensioners who want to have fun,
Believe it or not….life’s only just begun!

Leave a Reply to Marilyn Renouf